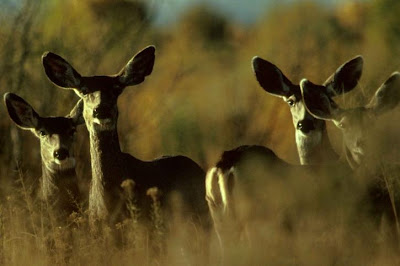 "Observe the herd which is grazing beside you. It does not know what yesterday or today is. It springs around, eats, rests, digests, jumps up again, and so from morning to night and from day to day, with its likes and dislikes closely tied to the peg of the moment, and thus is neither melancholy nor weary. To witness this is difficult for man, because he boasts to himself that his human condition is better than the beast’s and yet looks with jealousy at its happiness. For he wishes only to live like the beast, neither weary with things nor in pain, and yet he wants it in vain, because he does not desire it as the animal does. One day the man demands of the beast: 'Why do you not talk to me about your happiness and only gaze at me?' The beast wants to answer, too, and say: 'That comes about because I always immediately forget what I wanted to say.' But by then the beast has already forgotten this reply and remains silent, so that the man keeps on wondering about it.
"But he also wonders about himself, that he is not able to learn to forget and that he always hangs onto the past. No matter how far or how fast he may run, the chain runs with him. It is something amazing: the moment, in one sudden motion there, in one sudden motion gone, before nothing, afterwards nothing, nevertheless comes back again as a ghost and disturbs the tranquillity of a later moment. A leaf is continuously released from the roll of time, falls out, flutters away—and suddenly flutters back again into the man’s lap. For the man says, 'I remember,' and envies the beast, which immediately forgets and sees each moment really perish, sink back in cloud and night, and vanish forever. In this way the beast lives unhistorically. For it goes into the present like a number without any odd fraction left over; it does not know how to play a part, hides nothing, and appears in each moment exactly and entirely what it is. Thus, a beast can be nothing other than honest. The human being, by contrast, braces himself against the large and ever-increasing burden of the past, which pushes him down or bows him over. It makes his way difficult, like an invisible and dark weight, which he can for appearances’ sake at some point deny and which he is only too happy to deny in his interactions with his peers, in order to awaken their envy. And so it moves him, as if he imagined a lost paradise, to see the grazing herd or, something more closely familiar, the child, which does not yet have a past to deny and plays in blissful blindness between the fences of the past and future. Nonetheless, this game must be upset for the child. It will be summoned all too soon out of its forgetfulness. For it learns to understand the expression 'It was,' that password with which struggle, suffering, and weariness come over human beings, so as to remind him what his existence basically is—a past tense that is never over and done with."
(Translated from the original German by this guy.)
Read not a single reference to Nietzsche or his views on human history in W. Jeff Bishop's A Cold Coming -- February, 2013!
Posted by W. Jeff Bishop at 8:53 PM