'Body Thrown Into The River' 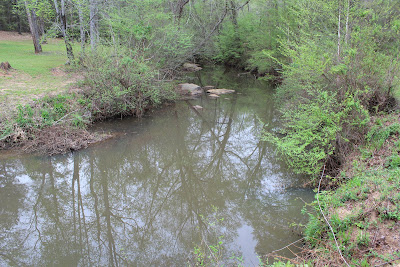 Mr. Thomas S. Latham, an old man about 68 years of age, who resided 4 miles from Buchanan, was killed about 2 o'clock Tuesday afternoon, and his body thrown into the river. He was shot in the back of the head with a shotgun. The whole affair is shrouded in mystery, as he was not thought to have had an enemy. Robbery is not thought to have been the incentive to the killing, as $2 in money and his watch were found on his person. No clue as yet as to who did the killing. Great excitement prevails in that section and parties are searching the county in an effort to find the murderer. Mr. Latham was the father of Col. Edgar Latham, formerly of Cedartown but now of Atlanta.
Read more about this gruesome, senseless crime in W. Jeff Bishop's novel, A Cold Coming, debuting in February, 2013.
Posted by W. Jeff Bishop at 4:37 PM