'Adjudged Insane and Sent To The Asylum' 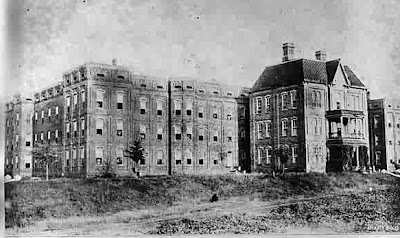 The Standard last week published an account of the finding of the dead body of Mr. Thomas S. Latham, a good citizen of Haralson county, in the Tallapoosa river at Rowell's bridge, in that county. He had been shot in the back by some one whose identity was then unknown, and his body was thrown into the river. It has since transpired that the deed was done by Bije Latham, a nephew of the deceased. Bije had left the house with his uncle in apparently the most friendly spirit, and after killing his uncle returned home and told his mother what he had done. The young man has been unbalanced mentally for some time, and did not seem to realize what he had done. He was placed in jail at Buchanan, but has been adjudged insane and sent to the asylum at Milledgeville. The Standard was misinformed last week as to Mr. Latham being the father of Col. Edgar Latham, formerly of Cedartown, the deceased being his uncle.
Read more about the "mentally unbalanced" Bije Latham in W. Jeff Bishop's novel, A Cold Coming, in February, 2013.